Natural ways to cleanse your lungs

People who smoke, those who are routinely exposed to air pollution, and those with chronic respiratory diseases such as asthma, chronic obstructive pulmonary disease, and cystic fibrosis need to cleanse lungs periodly.

Inhaling pollutants such as cigarette smoke and other poisons can harm the lungs and create health issues. Maintaining the health of the lungs is critical to the overall health of the body.

Each year, air pollution kills 4.2 million people globally, according to the World Health Organization (WHO). One in every five individuals in the United States dies as a result of cigarette smoking.

In this article, we discuss some of the methods that people can use to try to clear their lungs.

Is it possible to cleanse your lungs? 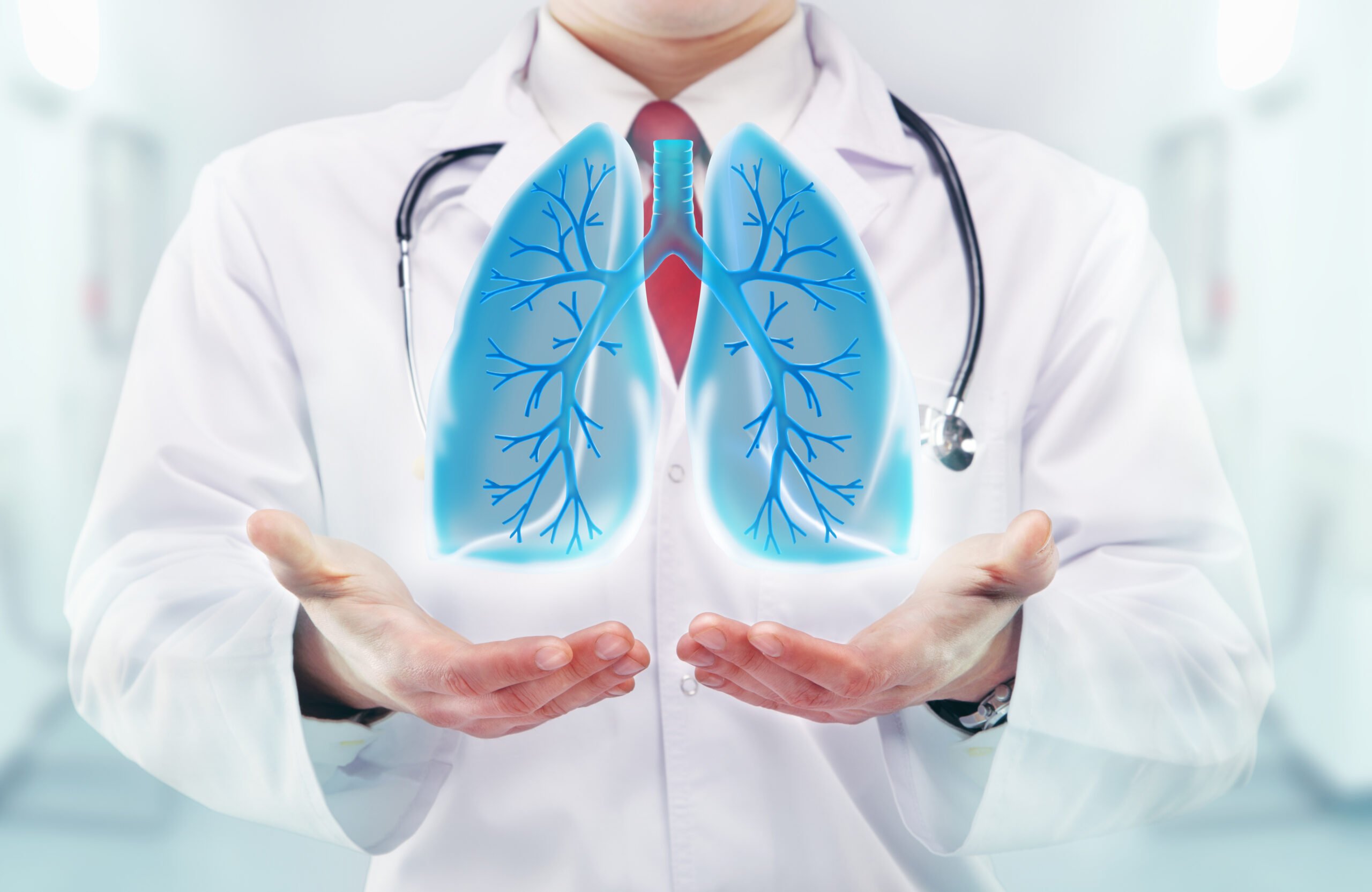 Lung health is critical to one’s overall health. The lungs are self-cleaning organs that begin to repair themselves as soon as they are no longer exposed to toxins, such as when a person stops smoking.

A person’s chest may feel full, congested, or irritated after being exposed to pollutants, such as cigarette smoke. Mucus accumulates in the lungs to trap germs and pathogens, contributing to the sensation of heaviness.

People may be able to reduce chest congestion and other unpleasant symptoms by using certain strategies to help rid the lungs of mucus and irritants.

Some of these methods may also open up the airways, improve lung capacity and reduce inflammation, which may help reduce the effects of pollution and smoke in the lungs.

Ways to clean the lungs

The next sections discuss breathing exercises and lifestyle modifications that can help eliminate extra mucus from the lungs and improve breathing. 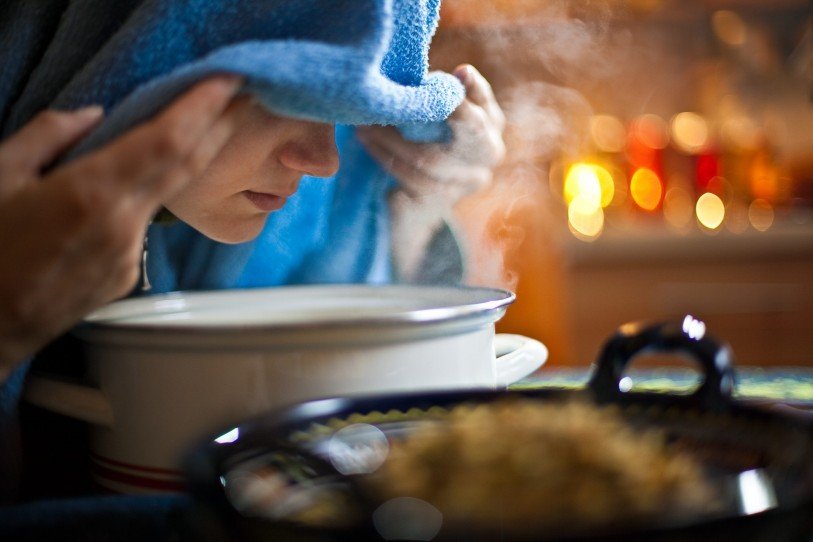 Steam treatment, also known as steam inhalation, involves breathing water vapor to open up the airways and aid in the drainage of mucus from the lungs.

People suffering from lung illness may discover that their symptoms worsen when exposed to cold or dry air. This environment can cause mucous membranes in the airways to dry up and impede blood flow.

Steam, on the other hand, provides warmth and moisture to the air, which may assist breathing and help thin mucus in the airways and lungs. Inhaling water vapor might give immediate comfort and make breathing easier.

A small research of 16 males with chronic obstructive pulmonary disease (COPD), a lung ailment that makes breathing difficult, discovered that using a steam mask resulted in considerably reduced cardiac and respiratory rates when compared to a non-steam therapy. Participants, however, did not report a long-term improvement in respiratory function.

This treatment may be an effective short-term remedy, but additional study is needed to properly understand the advantages of steam therapy on lung health. 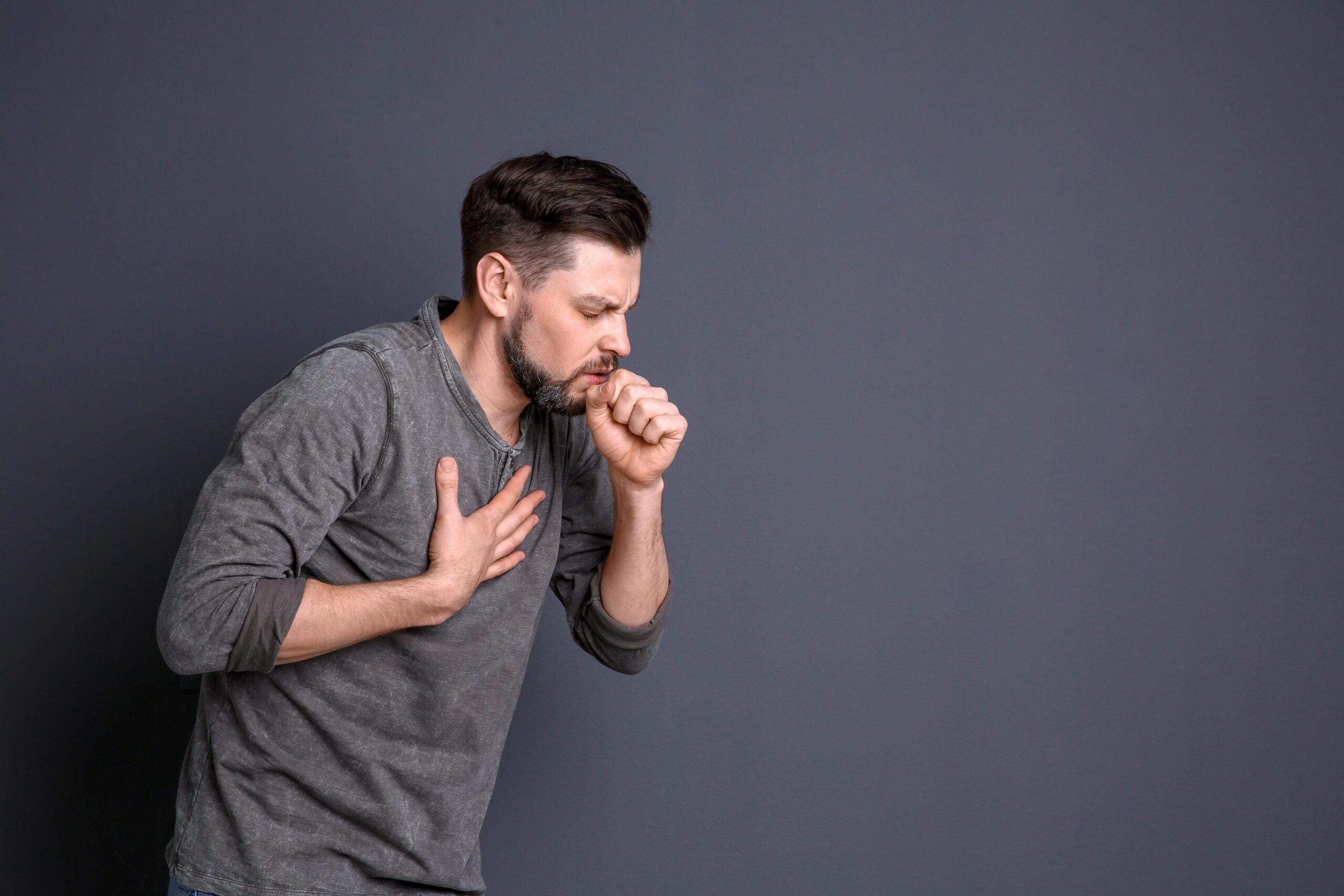 Coughing is the body’s natural mechanism of releasing poisons trapped in mucus. A regulated cough moves extra mucus through the airways by loosening it in the lungs. Doctors recommend that persons with COPD use this activity to help clean their lungs.

People can cleanse their lungs of excess mucus by doing the following:

Sit in a chair with your shoulders relaxed and your feet flat on the floor.

Pressing the stomach with the arms

Slowly inhale through your nose.

Slowly exhale while leaning forward and pressing your arms on your tummy.

Cough twice or three times as you exhale, keeping your mouth slightly open.

Slowly inhale through your nose.

Rest and repeat as needed.

Mucus draining from the lungs

Postural drainage is laying in various postures in order to use gravity to remove mucus from the lungs. This technique may enhance breathing and aid in the treatment or prevention of lung infections. Postural drainage techniques vary by position:

Lie down on the floor or in bed.

Pillows should be placed beneath the hips.

Slowly inhale through your nose and expel through your mouth. Each exhale should be twice as long as the inhalation, which is referred to as a 1:2 breath.

Lie on one side, with your head supported by an arm or a cushion.

Pillows should be placed beneath the hips.

Experiment with the 1:2 breathing rhythm.

Rep on the other side.

Make a pillow fort on the floor.

Lie down on your stomach, supported by cushions. Remember to maintain your hips higher than your chest.

To provide support, fold the arms beneath the chin.

Experiment with the 1:2 breathing rhythm. 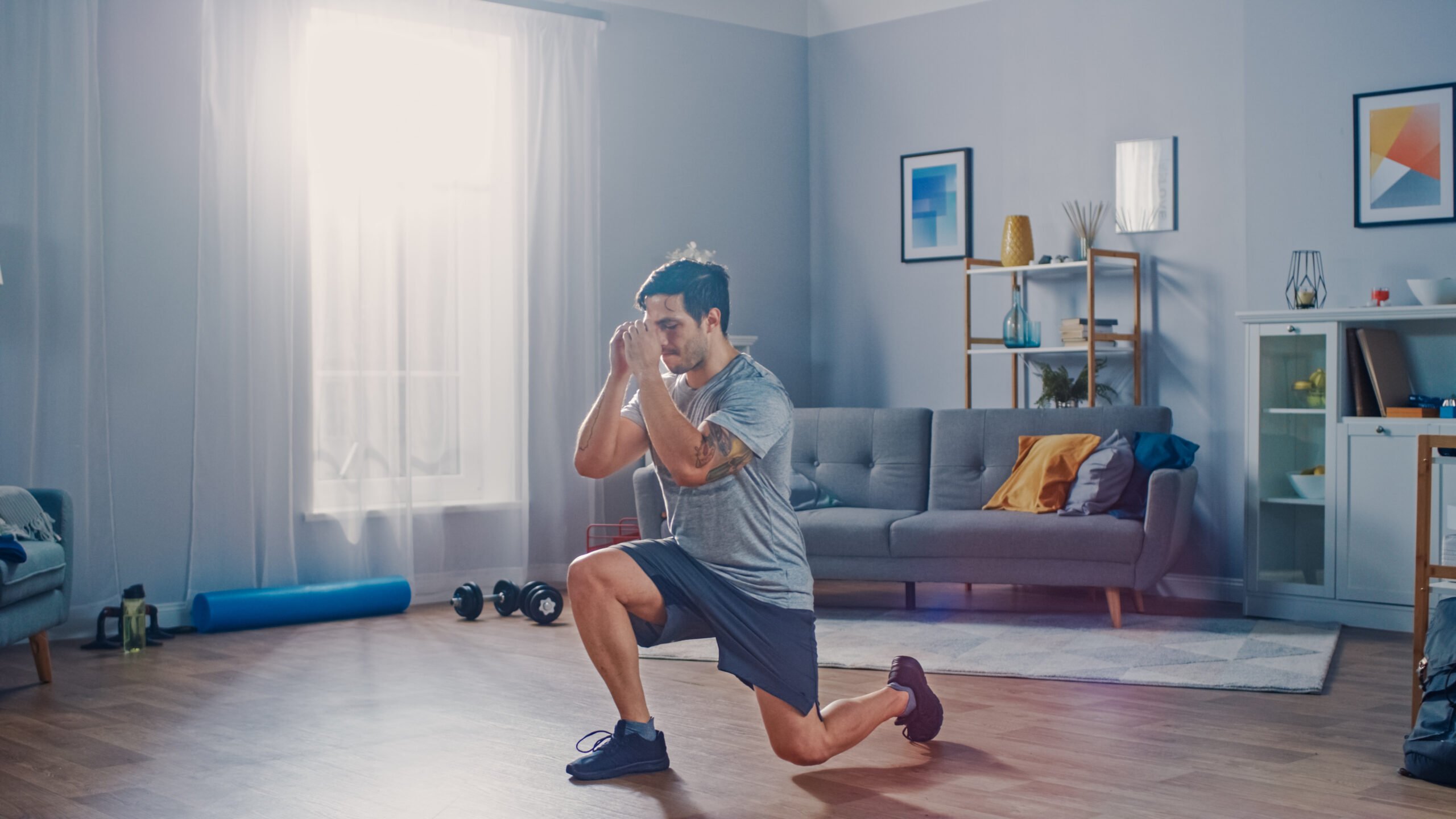 Regular exercise can enhance people’s physical and mental health, as well as lower their chance of developing a variety of health disorders such as stroke and heart disease.

Exercising causes the muscles to work harder, which raises the body’s breathing rate and increases the flow of oxygen to the muscles. It also increases blood circulation, which makes the body more effective at eliminating extra carbon dioxide produced by exercise.

The body will begin to adjust to the rigors of consistent exercise. Muscles will learn to use oxygen more effectively while emitting less carbon dioxide.

Although exercise may be more difficult for people with chronic lung disease, these individuals can also benefit from regular exercise. People with COPD, cystic fibrosis, or asthma should consult a healthcare professional before starting a new exercise regimen. 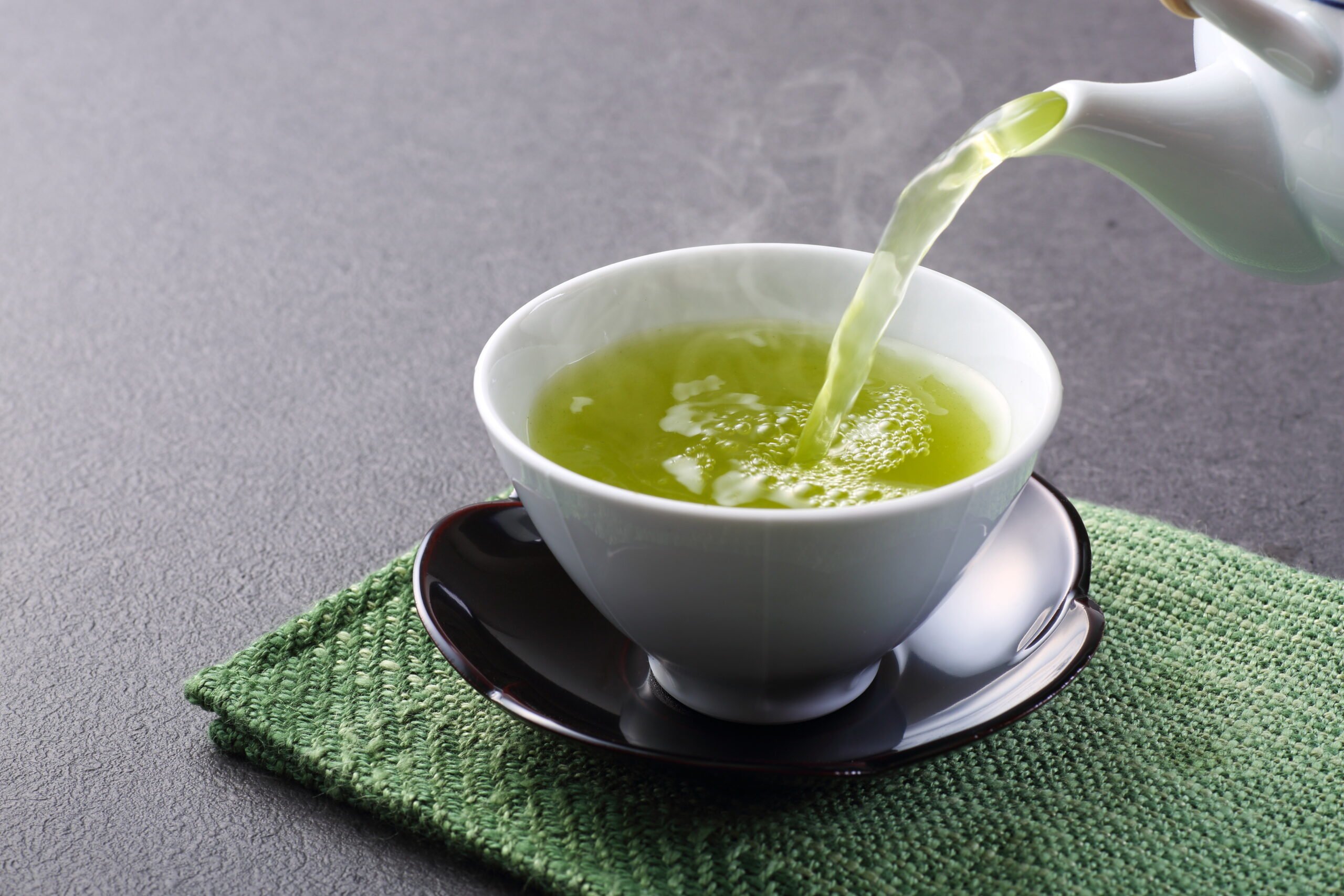 Green tea includes many antioxidants that may aid in the reduction of inflammation in the lungs. These chemicals may shield lung tissue from the damaging effects of smoke inhalation.

According to a recent research of over 1,000 individuals in Korea, persons who drank at least two cups of green tea each day had higher lung function than those who drank nothing.

Inflammation of the airways can make breathing difficult and produce a sensation of heaviness and congestion in the chest. Consuming anti-inflammatory foods can help to decrease inflammation and hence alleviate these symptoms. Inflammatory-fighting foods include:

Another efficient approach for eliminating extra mucus from the lungs is percussion. To remove the mucus stuck in the lungs, a health care practitioner or respiratory therapist will apply consistent pressure to the chest wall with an arched palm to cleanse ungs. A combination of chest percussion and postural drainage can aid in the removal of excess mucus from the airways.