What Is Fainting And What Causes It? 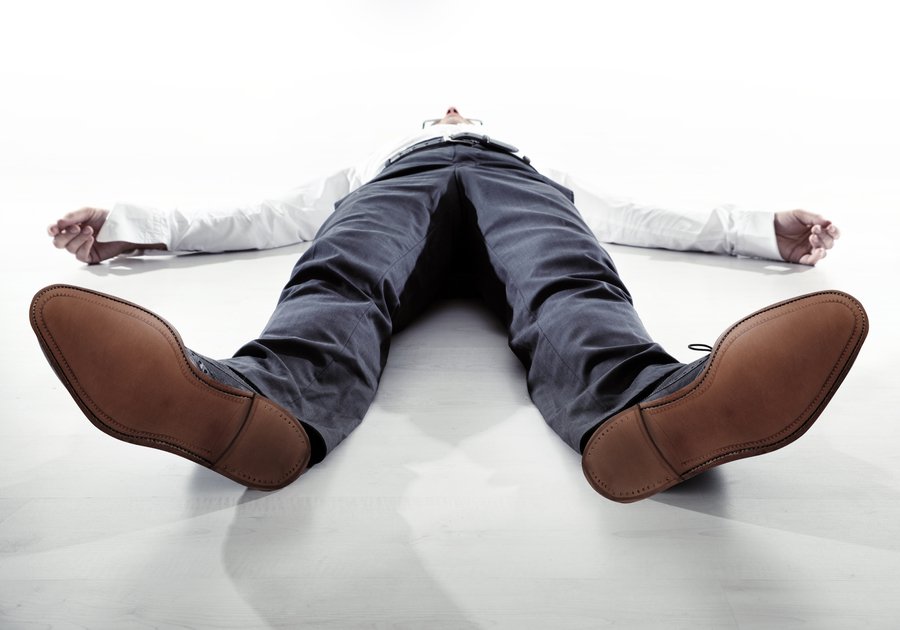 Fainting is defined as a brief loss of consciousness. Typically, this is caused by a shortage of oxygen reaching the brain. Many factors, including low blood pressure, can deprive the brain of oxygen.

Fainting is rarely dangerous. However, it can occasionally signal a significant medical condition. Each episode of fainting should be handled as a medical emergency until the reason is determined and the symptoms are addressed.

In this article, we look at why syncope occurs and when to seek medical treatment.

What to do if someone faints

People who feel faint should do the following:

Find a comfortable location to sit or lie down.

Put his head between his legs when seated.

When rising up again, take your time.

If someone observes that another person is fainting or is going to faint, they can intervene in the following ways:

Place the individual on his back.

Raise their legs about 12 inches above the level of the heart if they are breathing to restore blood flow to the brain.

Try to relax any belts, ties, collars, or other restricting clothes.

Allow the individual to rise slowly when he or she regains consciousness.

If they are unconscious for more than a minute, place them in the recovery position and seek immediate medical attention.

If the person is not breathing:

Examine for any signs of breathing, coughing, or movement.

Ascertain that the airway is clean.

Begin cardiopulmonary resuscitation if there is no indication of breathing or circulation (CPR).

CPR should be continued until aid comes or the individual resumes breathing on their own.

Place him in the recovery posture and stay with him until assistance arrives.

If a person is bleeding after a fall, apply direct pressure to the area to help in scab formation. 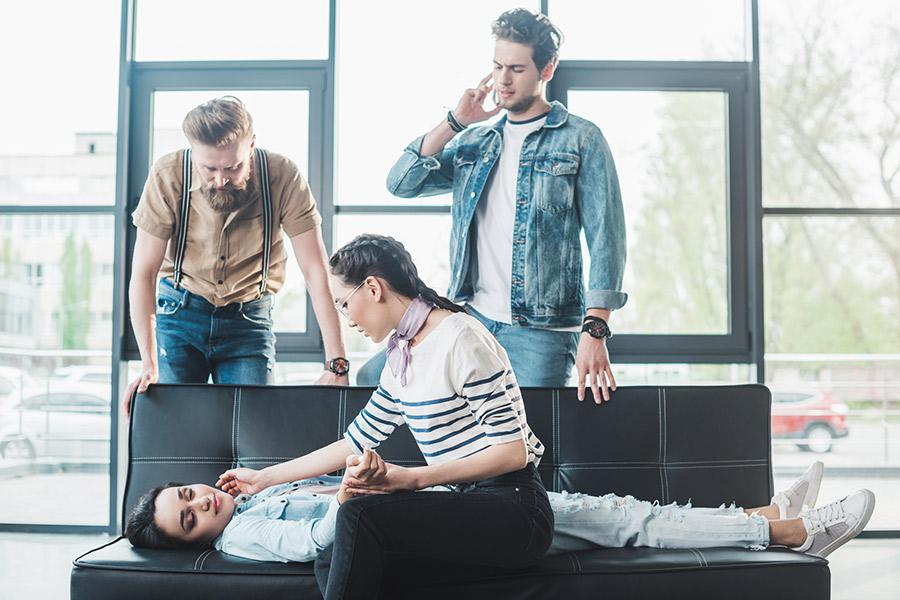 Fainting is generally caused by a shortage of oxygen in the brain, which can be caused by issues with the lungs or circulation, or by carbon monoxide poisoning.

Fainting is a form of survival. If blood and oxygen levels in the brain fall below a certain threshold, the body instantly begins shutting down non-essential components in order to redirect resources to important organs. When the brain perceives a lack of oxygen, breathing will speed up to compensate.

The heart rate will also rise, allowing more oxygen to reach the brain. Other portions of the body’s blood pressure are reduced as a result. The brain is thus given more blood at the expense of other parts of the body.

Various underlying causes can cause fainting. We discuss some of them in detail below:

Neurocardiogenic syncope occurs as a result of a temporary malfunction of the autonomic nervous system (ANS). Some refer to it as nerve-mediated syncope (NMS). The ANS regulates automatic bodily activities such as heart rate, digestion, and respiration rate.

Low blood pressure lowers the heartbeat and pulse rate in NMS. This momentarily interrupts the flow of blood and oxygen to the brain.

Possible triggers for CNS include:

A frightening or startling picture, such as witnessing blood, or an unexpected exposure to an unpleasant event or situation

Unexpected emotional upheaval, such as after hearing sad news

For a long time, it has been standing.

Situational syncope is a type of neurogenic syncope with physical, not emotional, mental, or abstract stimuli. The triggers include:

The term “orthostatic hypotension” refers to fainting after rising too rapidly from a seated or horizontal posture.

Gravity pushes blood toward the legs, lowering blood pressure throughout the body. The neurological system generally responds to this by raising heart rate and constriction of blood vessels. This helps to keep blood pressure stable.

However, if this stabilizing process is disrupted, there may be a shortage of blood and oxygen flow to the brain, leading in fainting.

Dehydration: When bodily fluid levels fall, blood pressure falls as well. This might make it challenging to maintain a stable blood pressure. As a result, the brain receives less blood and oxygen.

Diabetes that is uncontrolled may need frequent urination, resulting in dehydration. High blood sugar levels can harm some nerves, particularly those that control blood pressure.

Certain medicines, such as diuretics, beta-blockers, and antihypertensive agents, might induce orthostatic hypotension in some persons.

Alcohol: Some people faint when they consume a large amount of alcohol in a short period of time.

Parkinson’s disease and other neurological disorders have an impact on the nervous system. This can result in orthostatic hypotension.

If a person’s carotid sinuses are overly sensitive, blood pressure may drop when the head is turned to one side, a tight collar or tie is worn, or shaving moves over the carotid sinus. This might result in fainting.

Aside from differentiating fainting spells based on their underlying cause, two forms of syncope can occur:

Before or just before fainting: This happens when a person loses consciousness and remembers events or symptoms such as dizziness, impaired vision, and muscular weakness. They may recall falling before collapsing and losing consciousness.

Fainting happens when a person recalls dizziness and loss of vision but not the actual fall. 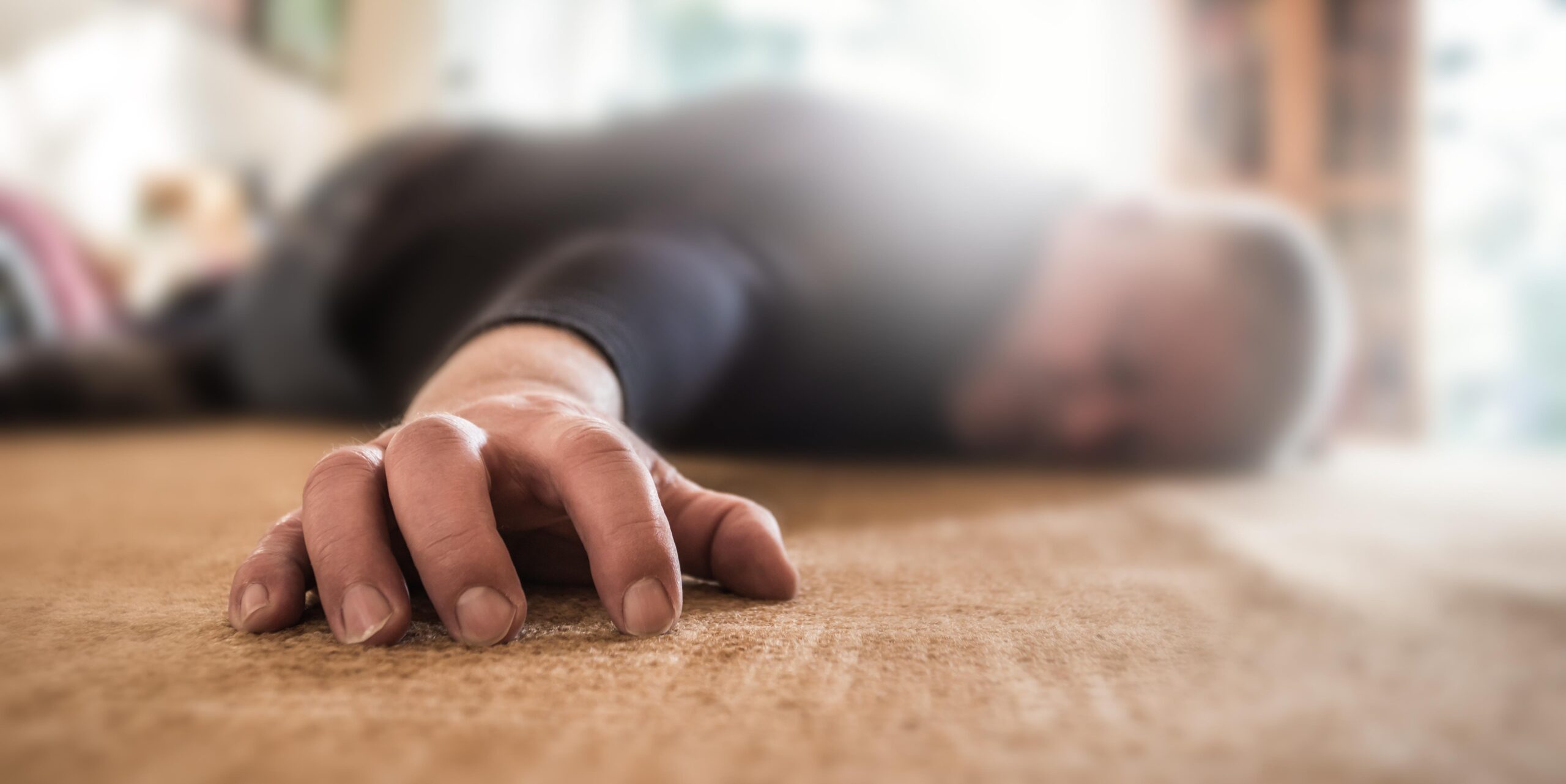 Loss of consciousness is the primary symptom of syncope. The following symptoms that lead to a fainting spell may occur:

Feeling of heaviness in the legs

Dizziness, lightheadedness, or a feeling of floating

If a person with an underlying health issue faints, they will require medical attention. This will assist to prevent further fainting spells. However, in many cases, no additional therapy is necessary.

People should strive to avoid triggers such as lengthy periods of standing, dehydration, and spending a lot of time in hot surroundings to help prevent additional bouts of fainting.

If the sight or notion of an injection or blood causes a person to become dizzy, they should notify their doctor or nurse before having a medical treatment that may entail it. Before beginning the operation, the doctor or nurse might ensure that the patient is in a safe posture, such as laying down.

Beta-blockers are mostly used to treat high blood pressure. However, if CNS interferes with a person’s quality of life, these medicines may be beneficial.

However, beta-blockers can cause tiredness, chilly hands and feet, a sluggish heartbeat and pulse, nausea, and diarrhea.