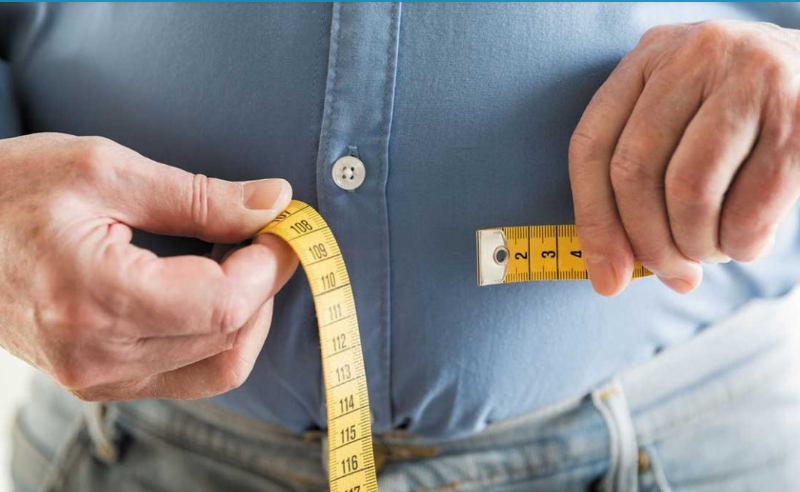 Liposuction is a process aimed at removing the accumulated fat and ponies from some areas of the body in order to get a perfect appearance by using a vacuum pump that suctions fat from under the skin and cannot do this process in all areas of the body as it is confined to the abdomen, neck, waist, thighs, buttocks and arms and is usually used by the patient when other methods such as diet and exercise fail to lose weight as it can be performed regardless of the patient’s health needs. Some people do not cause excess obesity health problems and only seek to improve their appearance within a short time so liposuction is the best solution for weight gain.

Fats are considered substances that do not dissolve in water but they are soluble only in organic solvents and is one of the most important nutrients needed by the body as it is a major source of energy that man needs in his daily life as it maintains the heat of the body by forming a protective layer under the skin that maintains the heat of the body internal in addition to its role in the production of hormones and help it absorb vitamins in the body but the body needs it in small quantities as the high percentage in The body causes many diseases and health problems so be careful not to consume large amounts of them. Fat can be obtained from plant or animal sources.

Plant sources: It is an unsaturated fat i.e. it is in liquid state at room temperature and has several benefits such as lowering the level of cholesterol in the blood and it also works to modify the percentage of insulin in the blood and its most important sources are olive oil, peanut oil and sunflower oil.

Animal sources: Unlike vegetable fats, they are saturated fats, they are in a solid state at room temperature and are found in eggs, meat and milk derivatives and increased consumption is the main cause of cardiovascular disease as they reduce the elasticity of the arteries and cause high pressure and can be replaced by fish meat, which is considered as multiple unsaturated fats do not cause damage to the arteries and heart, but on the contrary it reduces the risk of coronary artery atherosclerosis.

It is recognized that eating in large quantities leads to weight gain, the human body needs a specific amount of food calories to maintain the functioning of vital functions properly and therefore the additional amounts of food that enter the body are preserved in the form of fat to be burned later to secure the necessary energy, especially in the abdominal area, armpits and thighs in addition to the accumulation of fats around the arteries, but the hyper appetite towards food is not normal and does not occur on its own, but there are several reasons Stimulates increased appetite, the most important of which are:

Stress: Daily problems and psychological pressures affect the hormones of the body directly as they increase the secretion of cortisol hormone and unfortunately this hormone causes increased appetite leading to excessive calorie intake as the tension causes a malfunction in the metabolic system in the body which may cause the storage of more fat and therefore weight gain.

Lack of sleep and late nights: Late nights usually cause an increase in hunger, which increases the number of calories consumed per day, and eating at these times almost completely turns into fat because metabolic rates drop in the late hours, leading to rapid weight gain.

Malnutrition: Most of us do not rely on a certain diet in their lives and instead follow unbalanced diets containing high amounts of sugars and carbohydrates and not consuming enough fruits or vegetables, which deprives the body of vitamins and salts necessary and is one of the biggest causes of obesity, so some believe that reducing the amounts of fat and carbohydrates consumed daily causes weight loss, but on the contrary, these nutrients cause weight gain even if consumed Alternatively, healthy foods rich in fiber, vitamins and in appropriate quantities can be taken in small quantities, which burn fat and cause weight loss.

Anti-allergic drugs: known as antihistamines, cause significant weight gain, especially in women according to studies, as they inhibit the secretion of histamine in the body, which leads to increased appetite for food and the problem is that these drugs do not need a prescription so they should be used only when needed.

Steroidal anti-inflammatory drugs: They are pain-relieving and antipyretic drugs as they dilute blood and are used to treat many diseases but they cause fluid retention in the body and increase appetite, which causes weight gain and does not need a prescription to use, so be careful when using them.

Insulin: Is the main treatment for diabetes where it works to neutralize glucose from the blood to maintain the sugar rate, but it stores these sugars in the cells to be burned later so it may cause weight gain if the patient does not carry out daily activities to burn these sugars and the patient should use insulin according to the consultation of the doctor.

Hypothyroidism: The gland responsible for the secretion of growth hormone and in the case of insufficiency of this gland it causes fatigue and cold in addition to weight gain as a result of slowing the metabolism in the body and this condition should be treated by a doctor.

Liposuction: This is the traditional method of suction where the doctor injects the area on which the operation will be performed with saline fluids such as adrenaline and lidocaine and then inserts microtubes called (caniola) under the skin in the desired area and moves it in a certain way where these tubes break down the fat for the doctor to suction outside the body using a vacuum pump of air, and this process can be performed under the influence of local anesthesia or general depending on the patient’s condition.

Ultrasonic liposuction: Where a device is used that generates ultrasound waves with a certain force that disassembles the fat so that it can be suctioned afterwards and it is recommended to use this method to remove fat from the neck, abdomen and breast in men.

Laser suction: In principle, it is similar to ultrasound technology, but low-energy laser waves are used to break down fat and can be subject to local or complete anesthesia depending on the patient’s condition.

Vaser Technology: Also known as the carving of four-dimensional dynamic strength, this technique is characterized by its superiority over other techniques in terms of accuracy and its ability to easily break up the fat around the muscles through the use of high-resolution ultrasoundwaves, which leads to the targeting of fat directly without causing any damage to the adjacent tissues and is carried out by injecting saline fluids and narcotic substances into the intended area and making small openings around this area not exceeding the diameter of 5 mm to be introduced the vaser tube that will be selected. Fat is pulled out of the body, and thanks to its high accuracy it does not harm the blood vessels around the fat, which significantly reduces the rate of blood loss.

How the process is done:

Side effects of liposuction: