What Happens After You Quit Smoking?

Tobacco use is one of the biggest avoidable causes of death in the United States, yet quit smoking may be difficult. Many individuals are concerned that it will take too long to notice changes in their health and well-being, but the timetable for experiencing the true advantages is shorter than most people realize. The health advantages start within an hour of the last smoke and continue to increase.

Here are some essential factors to remember while quit smoking. More information and supporting evidence may be found in the main article. Quit smoking entails breaking the addiction loop and retraining the brain to no longer need nicotine.

To succeed, smokers who wish to stop must have a strategy for dealing with cravings and triggers.

The advantages of quitting smoking can be felt as soon as one hour after your last cigarette.

The sooner a smoker stops, the lower his or her risk of cancer, heart and lung disease, and other smoking-related diseases. 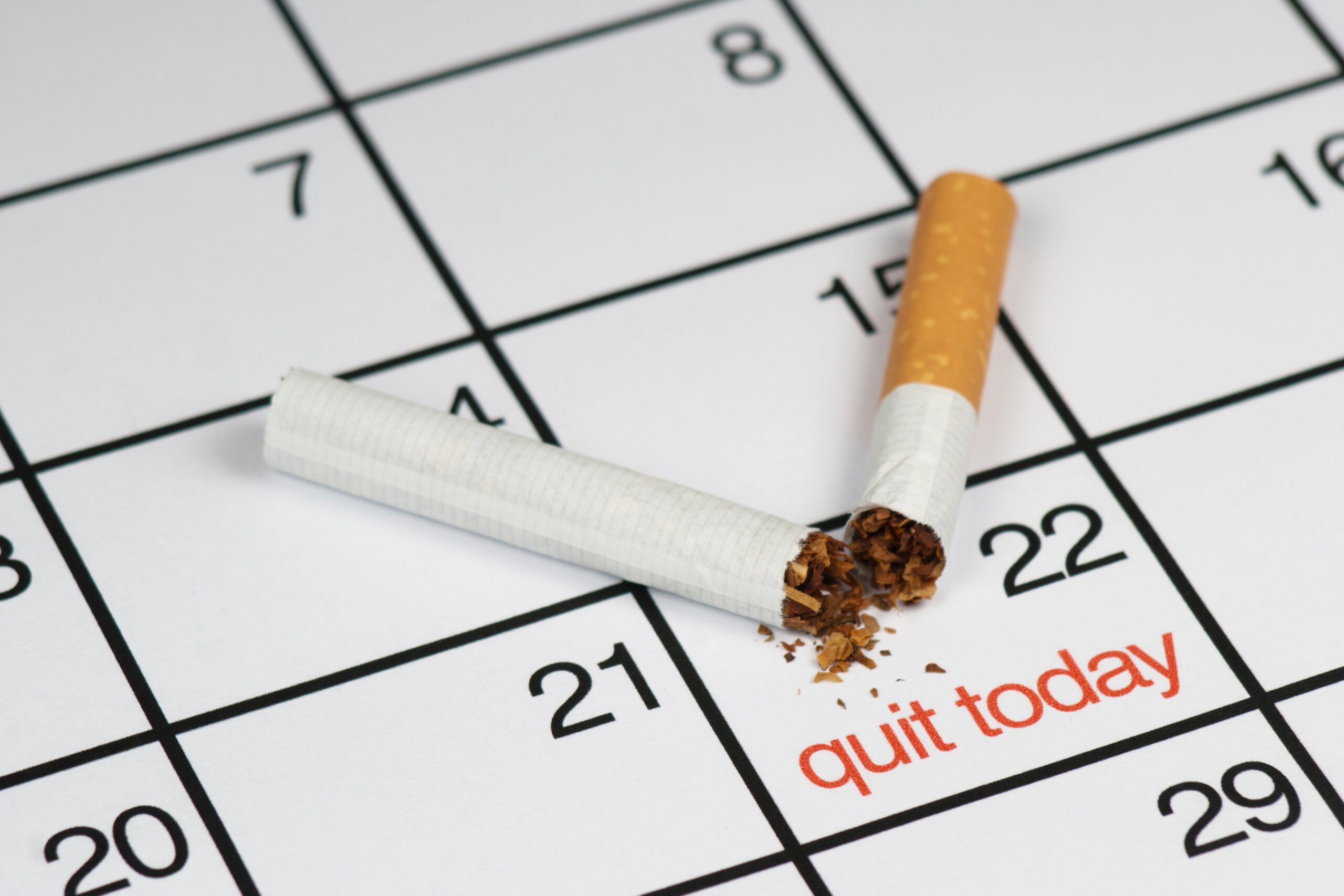 The advantages are virtually immediate. When a person quits smoking, their body starts to heal in the following ways:

The heart rate decreases and returns to normal in less than 20 minutes after the final cigarette is smoked. Blood pressure begins to fall, and circulation may improve.

Cigarettes include several recognized poisons, such as carbon monoxide, a chemical present in cigarette smoke.

In large amounts, this gas can be toxic or deadly, as it inhibits oxygen from entering the lungs and blood. Suffocation can occur after breathing high amounts in a short period of time owing to a lack of oxygen.

The body cleanses itself of extra carbon monoxide from cigarettes after only 12 hours of not smoking. Carbon monoxide levels return to normal, resulting in higher oxygen levels in the body.

A person’s blood pressure begins to fall in as little as a day after quitting smoking, lowering the risk of heart disease caused by high blood pressure induced by smoking. In this brief period of time, a person’s oxygen levels will rise, making physical activity and exercise simpler and encouraging heart-healthy habits. 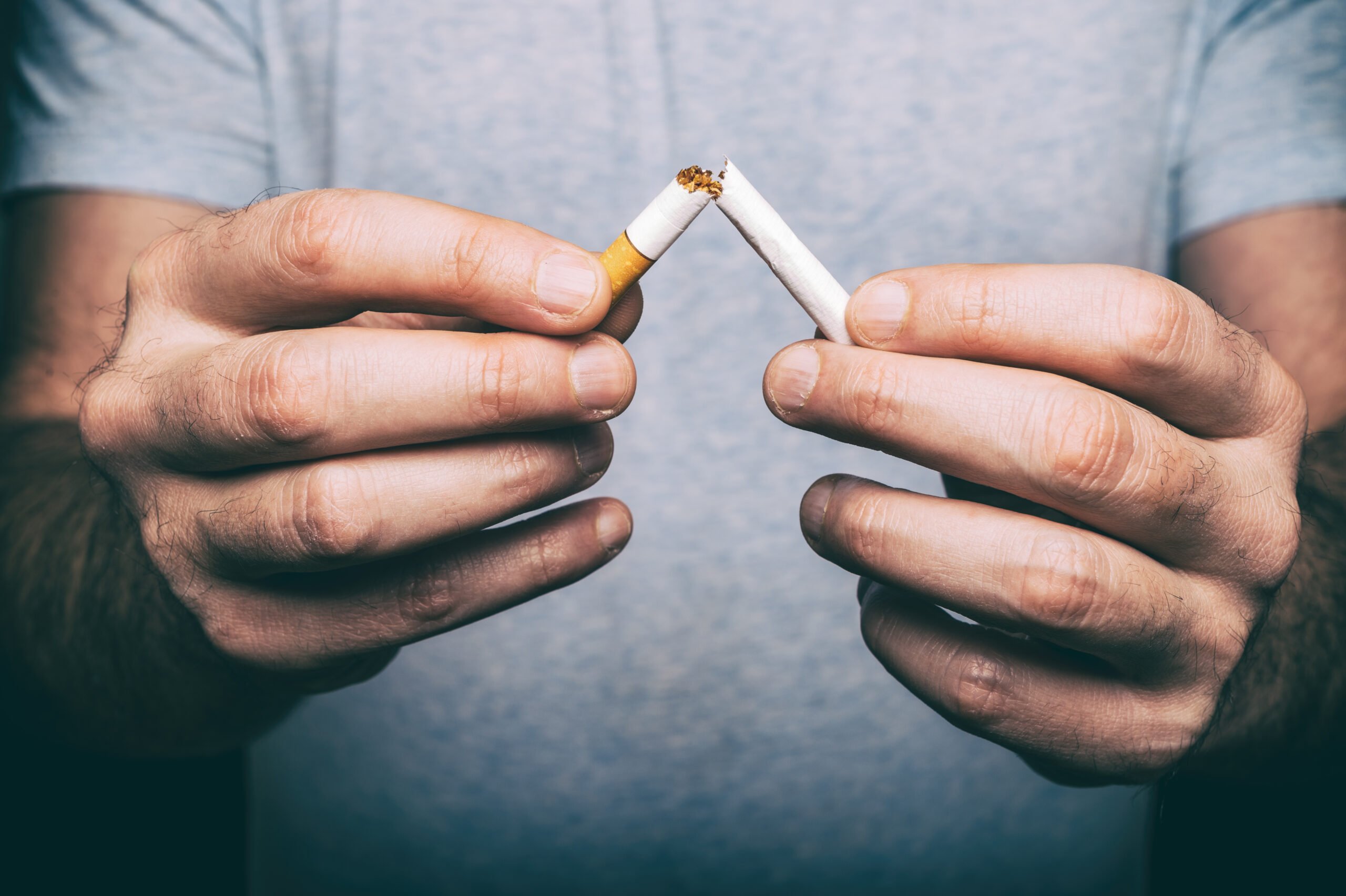 Nicotine levels in the human body are reduced three days after stopping smoking. While it is preferable not to have nicotine in the body, the first depletion might result in nicotine withdrawal. Most people experience mood swings, irritability, severe headaches, and cravings about 3 days after quitting smoking in order to re-adapt their bodies. 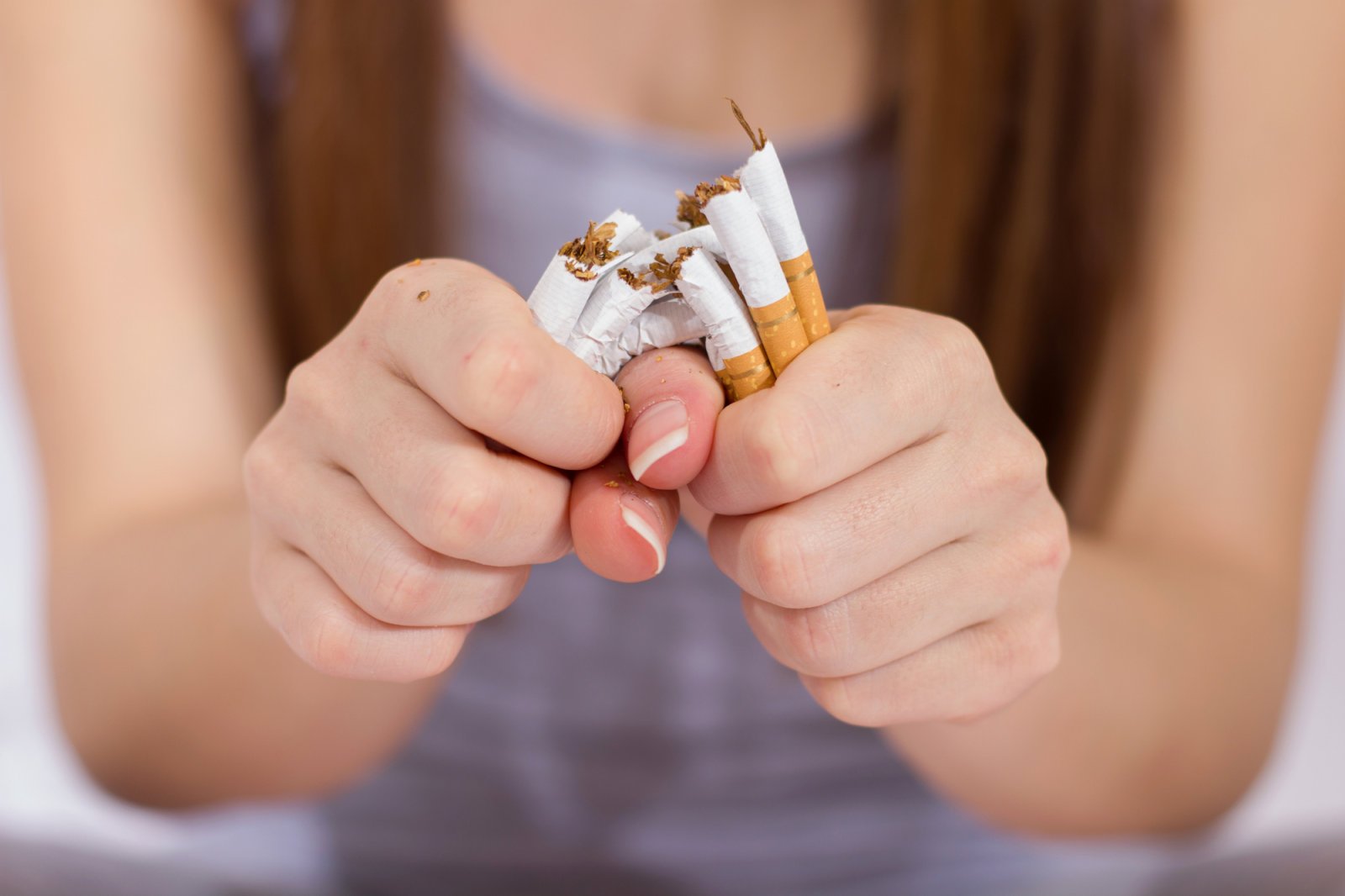 Your circulation will continue to improve for several months after you quit smoking.

The lungs had healed considerably nine months after stopping. Cigarette smoke has not affected the small hair-like structures inside the lungs known as cilia. These structures aid in the removal of mucus from the lungs and the battle against infections.

Many ex-smokers reported a drop in the incidence of lung infections around this time because the repaired cilia could do their work more readily.

A person’s risk of coronary heart disease is cut in half after one year of not smoking. After a year, this risk will continue to decline. 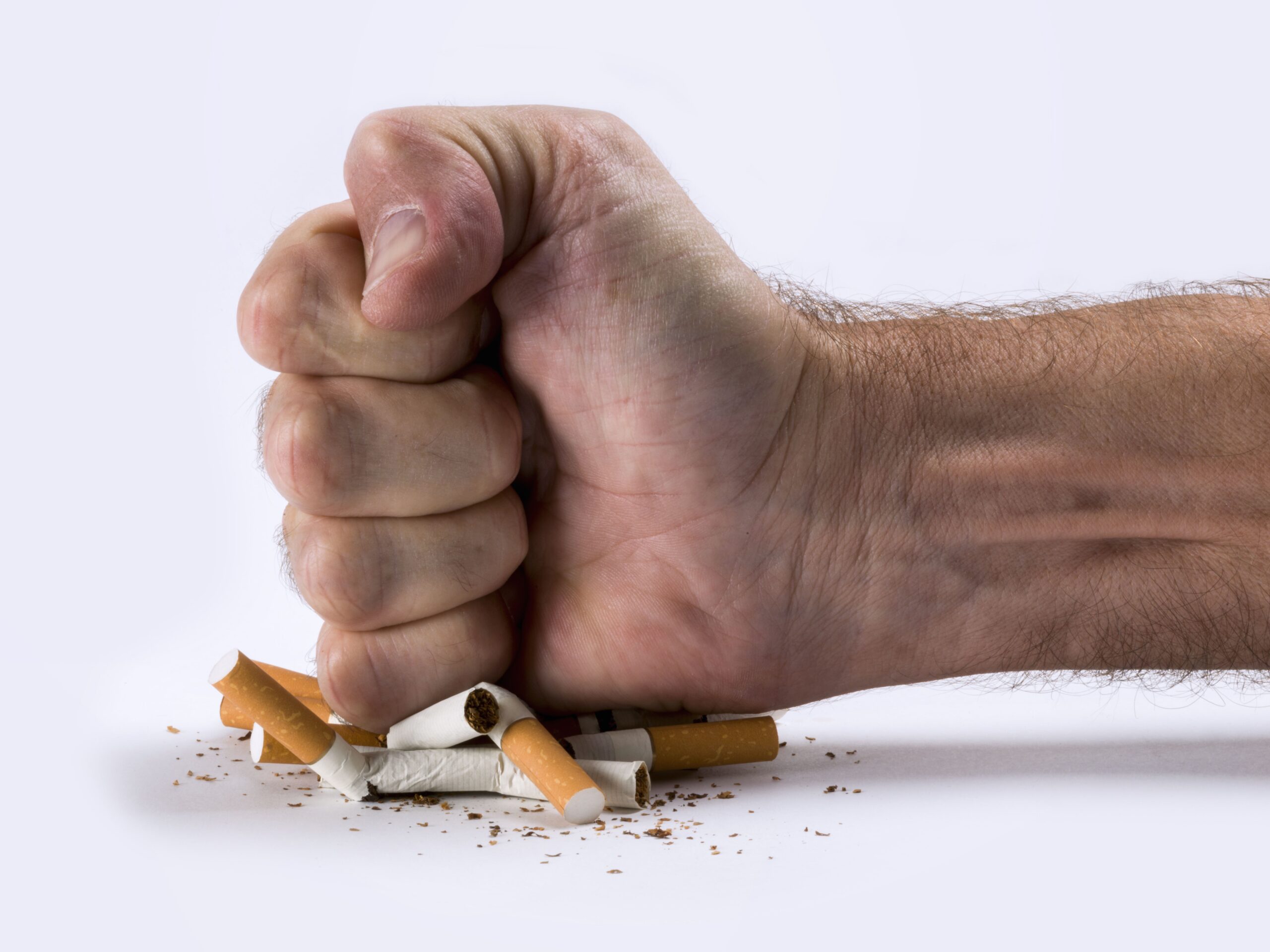 Cigarettes contain several chemicals that have been linked to artery and blood vessel constriction. These same poisons also increase the probability of blood clots forming.

After 5 years of not smoking, the body has healed sufficiently to resume expansion of the arteries and blood vessels. Because of this broadening, the blood is less likely to clot, lowering the risk of stroke.

Over the following ten years, the chance of stroke will continue to fall as the body recovers more and more.

When compared to someone who continues to smoke, a person’s odds of getting and dying from lung cancer are nearly half after 10 years. The risk of getting mouth, throat, or pancreatic cancer is significantly decreased. 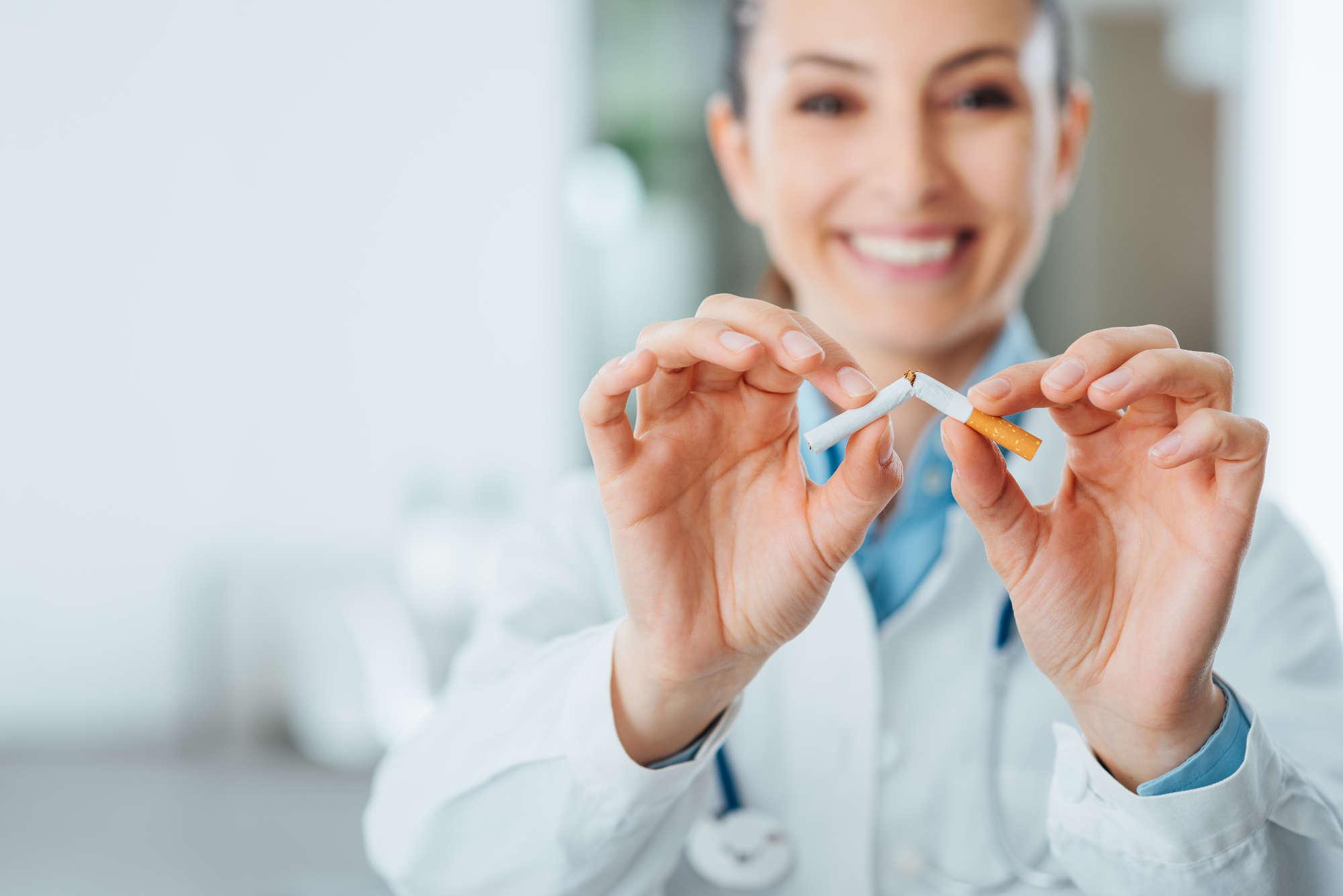 After 20 years, the risk of mortality from smoking-related causes, such as lung disease and cancer, is reduced to that of someone who has never smoked. In addition, the chance of getting pancreatic cancer was decreased to that of a nonsmoker.